on August 06, 2007
"Always do better than necessary" was the watchword of Piaget's founder over a century ago, and it remains the credo of the "Manufacture". 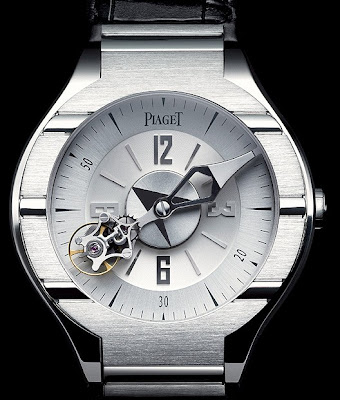 Piaget, "Manufacture d'Horlogerie" since 1874, holds a key position in the luxury industry and occupies a specific niche: top of the range watches, entirely hand-crafted in 18-carat gold and platinum, reflecting the unrivalled prestige of a longstanding watch making and jewellery tradition. 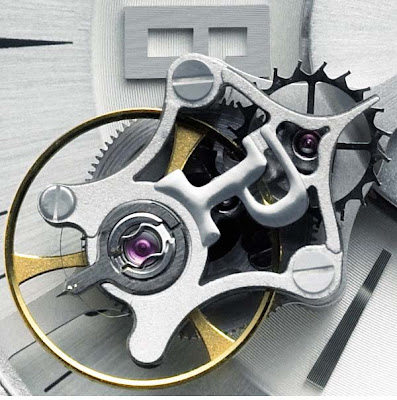 (Piaget Polo Tourbillon Relatif features a flying tourbillon, with a minute hand, which has its center of rotation at the center of the watch, performing one complete rotation per hour)

Initially, Piaget was a manufacturer of movements and a valued supplier to numerous watch making firms. It was only towards the middle of this century that Piaget placed its name on the dials of the watches it created, thereby developing its own instantly recognisable and inimitable style and finding its place among the selective ranks of the genuine "Manufactures".

The Piaget legend was born with the technical pursuit of ever-slimmer watch movements. Piaget succeeded in designing and producing a hand-wound mechanical movement of only 1.35 mm, the slimmest in the world and so thin that it can be housed within a ten-dollar gold coin... Subsequently, PIAGET launches its famous "9P" mechanical movement - still used today in the classic mechanical ladies' and men's' collections - along with the first ultra-thin automatic and electronic movements.

All Piaget movements are crafted in the workshops of La Côte-aux-Fées, in accordance with time-honoured savoir-faire, often handed down from one generation to the next. Piaget remains one of the rare Swiss watch making "Manufactures" to have vertically integrated workshops involved in all phases of production, including its own gold foundry.
1874 - Piaget