on December 02, 2007
Of all mechanisms invented by watch-makers over the centuries, tourbillon is considered to be the most challenging watch mechanism that even made. Technically, it is not a true complication and it is not required for a highly accurate timepiece. Connoisseurs do value for its engineering and design principles behind.

(The fineness of the tourbillon cage makes its execution very difficult. This cage is the work of one of the three great cage manufacturers of the end of last century. Messrs Albert Pellaton, from Le Locle, Roulet and Grether from the Ponts-de-Martel)

Tourbillon is a mechanical clock or watch escapement invented by Abraham-Louis Breguet in 1795. It is designed to counter the effects of gravity and the other perturbing forces which can affect the accuracy of a timepiece.

The effects of gravity were particularly problematic when pocketwatches were carried in the same pocketed position for most of the day. By mounting a tourbillon in a rotating frame (including the balance wheel, the escapement wheel, and the pallet fork), the effects of gravity will be canceled out (when it is rotated by a 180 degrees). The rate of rotation varies per design, but it has been generally become standardized at one rotation per minute. 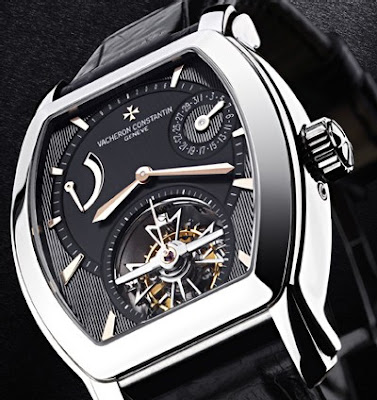