The current flagship store was opened in 1905 by Bulgari with the help of his two sons (Costantino and Giorgio) and it quickly became a place where the world's rich and famous came for the unique, high quality jewelry designs combining Greek and Roman art. 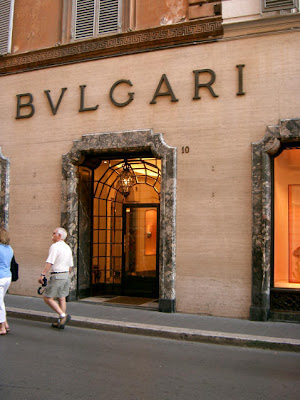 (Bulgari, in Via Condotti, Rome)

Although the company made a name for itself with jewelry, today it is a recognized luxury brand that markets several product lines including watches, handbags, fragrances, accessories, and hotels.

Bulgari opened its first international locations in New York City, Paris, Geneva and Monte Carlo in the 1970s. For many years the company maintained a showroom in New York's Hotel Pierre. Today Bulgari has more than 230 retail locations worldwide. 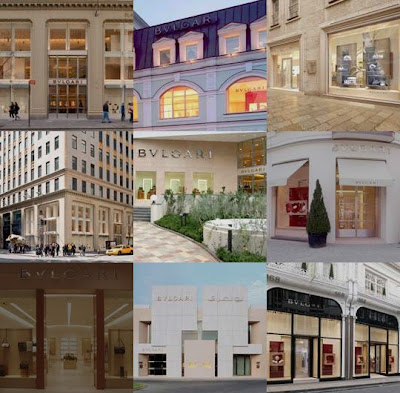 Bulgari jewelry design is unique, highly regarded and often imitated (and counterfeited). In the 1970s, many of the more expensive Bulgari pieces (such as necklaces, bracelets and earrings) were characterized by instantly recognizable, bold, almost brutal designs combining large and weighty gold links with black-surfaced steel. Genuine Bulgari items usually have a unique serial number that is registered with the company.

However, Bulgari has only started to produce watches in the 1940's, and it was only in the 1970's that the Group made its debut in the fine watch-making sector, by introducing collections of watches to complement the creation and production of its jewels and silverware. 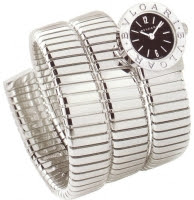