Though Hermès is most renowned for its saddlery, their handbag and luggage collections are widely known as coveted pieces of handmade leather craftmanship. Hermès does not use assembly lines, rather, only one artist may work on one handbag at a time. Because of the use of rare materials (sometimes including exotic skins such as alligator, crocodile, ostrich and lizard as well as precious metals) and because only the highest quality craftmanship is accepted, one bag can take 18 to 24 hours to create. 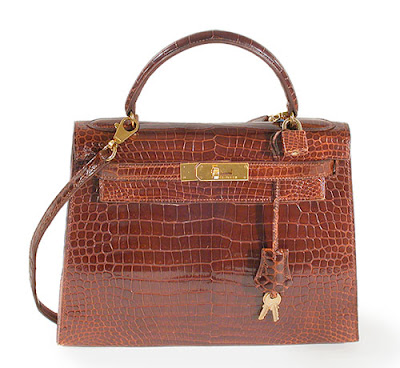 The Kelly bag was first produced in the 1930's and later nicknamed for Grace Kelly, who made it famous after appearing in the pages of Life in 1956 carrying the bag. 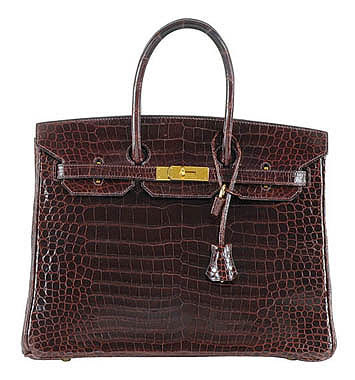 The Birkin, perhaps the most famous handbag, was named for actress Jane Birkin, who co-designed the bag with president Jean-Louis Dumas after complaining that her Kelly was not practical for everyday use. Jane Birkin has since given up carrying her namesake bag, saying it contributed to her tendinitis. 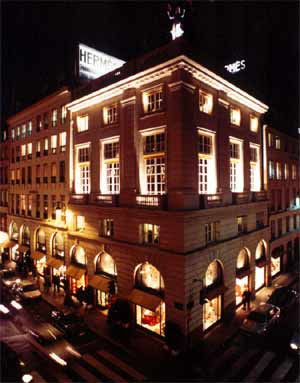 Founded in 1837 by Thierry Hermès as a saddlery company, the business has remained mostly in the control of the Hermès family for almost two hundred years. Today, the house of Hermès produces ready-to-wear fashion, home decor, jewelery, luggage, and fragrances as well as saddles.

Emile-Maurice Hermès, Thierry's successor, shifted the focus of the company at the turn of the 20th century away from the horse and towards plane, car, and train travel. Hermès manufactured trunks, bags, overnight cases, from its signature saddle leather. Emile also purchased the building at 24 Faubourg Saint-Honoré in Paris, which still houses the flagship store as well as the workshops.

When Hermès leather goods require repair, owners are encouraged to bring the item back to any Hermès store where it can be shipped to the factory in Paris for repair or reconditioning.