on November 07, 2007
Richemont announced the Group has concluded an agreement with the well-known Geneva watch company, Manufacture Roger Dubuis SA. 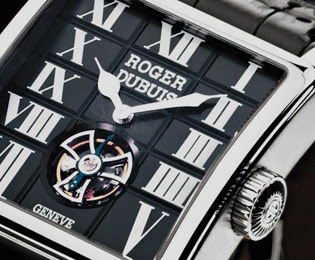 The transaction involved the purchase of the production facility of Roger Dubuis. The facility currently manufactures movement kits for Roger Dubuis’ Poinçon de Genève watch movements, which Richemont will continue to supply to Manufacture Roger Dubuis SA, under the terms of a long-term agreement.

Manufacture Roger Dubuis SA, which was founded in 1995 and is managed by Mr Carlos Dias, will continue to operate as an independent manufacturer and distributor under the ‘Roger Dubuis’ brand. In addition to the supply agreement, Richemont will distribute Roger Dubuis watches in some key markets, including the USA and the Middle East.

In order to cope with the increased demand of components for high end watch movements, not only for Roger Dubuis but also for Richemont’s own Maisons, the Group hopes, over time, to extend the production capacity at the Meyrin facility in Geneva. Some 200 employees will be transferred to the Group and the number is expected to grow, as the business develops.