on December 18, 2007
The British Masters SA is a private Anglo-Swiss owned firm founded in 1995 by a Swiss watchmaking engineer Eric Loth in the Neuchatel canton, Switzerland. 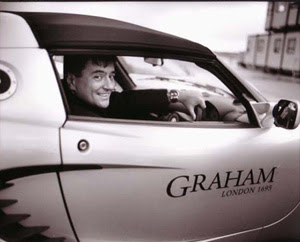 Graham
As the only conceptual heir to the great watch making dynasties of the United Kingdom, the Graham brand vouches for a mission which requires a lot more than cool composure to perpetuate the extraordinary ingenuity of the British master inventor.

Arnold & Sons
Since 1764 every great British maritime expedition had an Arnold & Son timekeeper on board. It is a tradition that Arnold & Son maritime clocks accompanied the most famous of British explorers - Sir John Franklin, Captain Phipps, Sir Ernest Shackelton and the Legendary Captain Cook.