Born in Fleurier, Neuchâtel (Switzerland) in 1797, Edouard Bovet, the founder of BOVET moved to London in 1814, and went to Canton as a watch repairer in 1818.

In this sole port of China which opened for European merchants and businessmen at the time, Edouard had decided to found a partnership (i.e. BOVET) with his brothers to import fine watches from Switzerland to China in 1822.
With offices in London and a manufacturing centre in Fleurier managed by his brothers, BOVET soon became the preferred source of Swiss watches for wealthy Chinese.

In 1855, BOVET was awarded a gold medal at the world exhibition in Paris for a pair of identical watches ordered by the Chinese emperor. 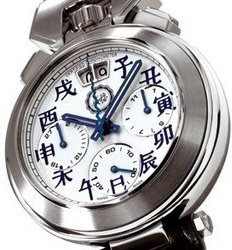 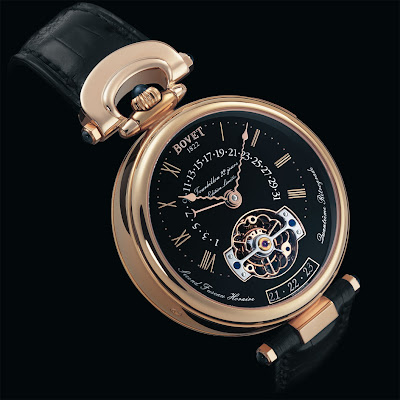 Tourbillon 22 Days Retrograde Date and Dual Time Zone, 2006
Two generations later, the Bovets were running a flourishing Swiss-Chinese commercial enterprise and were no longer interested in watchmaking. The name was sold several times and relaunched in 1997.