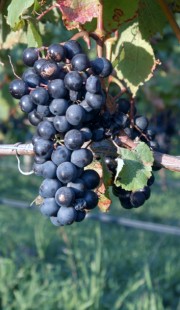 Malbec is a black, mellow grape variety originally grown in the Loire Valley and Cahors (France). It is a thin-skinned grape with large berries, which is in need of lots of sunlight and heat to reach its full maturity. It thrives in well-irrigated and well-drained soils. But, it also produces uneven crops in less than ideal years and is susceptible to rot in cool and wet conditions. It is very sensitive to frost.

In 1868, Professor Pouet introduced Malbec from Bordeaux to Argentina. In the warm and dry South American climates, it flourished and was soon thriving throughout Argentina and Chile.

Like most popular grapes, Malbec goes under many different names (currently more than fifty) but there a few more commonly used than others. In Bordeaux, it is known as "Côt or Pressac". In Alsace and Cahors regions, it is named as "Auxerrois". In Argentina, people call it "Fer". In Portugal, it is referred as "Tinta Amarela". Last but not the least, we sometimes call it as "Portugal Malbec" in Australia. 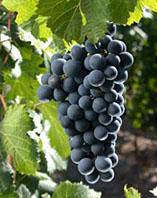 Long known as one of the six grapes used in the blending of red Bordeaux wine, it creates an intense inky red wine, and often used in blends. It is the dominant red varietal in the Cahors area. Under the Appellation Controlée regulations for Cahors, wines are required to have a minimum 70% of Malbec in content.

The main aromas from a rich Malbec include cherry, plum, raisins, coffee, chocolate, leather and raspberry. The key flavours of a nice Malbec exhibit tastes in plum, cherry, chocolate, dried fruits, and balsamic. When it is ageing in oak, it releases the vanilla aromas and flavours.
Wine Wine - Malbec (Red Wine) Wine et Spirits