on July 10, 2008
A leap year is a year which contains an extra days. It is used for keeping the Gregorian Calendar Year to synchronize with the Astronomical Year or Seasonal Year.

As astronomical events, and seasons do not repeat at an exact number of full days, a calendar that had the same number of days in each year would, over time, drift with respect to the event it was supposed to track.

By occasionally inserting (or intercalating) an additional day or month into a year, the drift can be corrected. Hence, there are 29 days in instead of 28 day in February in a leap year. Consequently, the leap year lasts 366 days instead of 365 days. 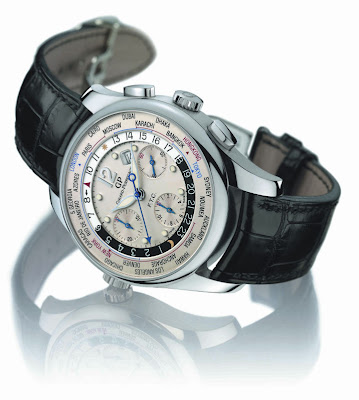 Girard-Perregaux, ww.tc - Financial
"ww.tc" is the abbreviation for World Wide Time Control. It is capable to show time in 24 different cities. Besides, it has the "Financial" indicators for the business hours of 4 major stock markets across the globe, i.e. New York, London, Hong Kong and Tokyo

An Astronomical Year (one revolution of the earth around the sun) is exactly 365 days, 5 hrs, 45 mins, and 46 secs, or mathematically expressed as 365.242192 days. To compensate for the slightly less than quarter of a day, every 4 year is a leap year under the Gregorian system.

However, every 4 year is a leap year will overcompensate by a few decimal places. Therefore, Feb 29th is ommited in every 100 years. Even with this correction, there is still a very small residue becomes undercompensated. To take care of this, the leap year is untouched in every 400 years. The rounding errors amount will lead to another exception in every 4000 years. 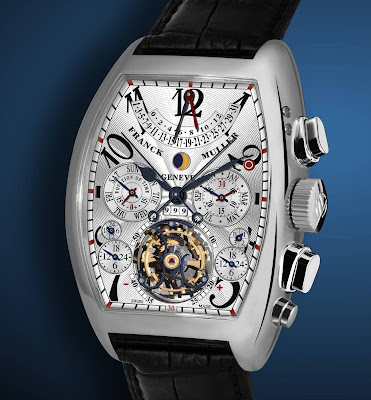 On the dial, the moon phases are displayed with the utmost precision. The mistake is only 6.8 seconds per lunar month. It represents a mistake of only one day, and needs one manual correct every 1000 years, whereas in a traditional system the mistake is of one day every four years.