on July 01, 2009
"Gewürtz" means spice in German. Thus, "Gewürztraminer" is a spicier variant of the Traminer family. It is one of the few wines that even a novice can pick by aroma alone.

"Gewürztraminer" is an aromatic wine grape variety. It performs the best in the cooler climates. Colloquially, it is known as "Gewürz". In French, it is written as "Gewurztraminer" (without the umlaut).

Gewürztraminer is a variety with a pink to red skin colour which makes it a "white wine grape" as opposed to the blue to black-skinned varieties which commonly referred to as "red wine grapes". The variety has high natural sugar and the wines are white and usually off-dry, with a flamboyant bouquet of lychees (Indeed, Gewürztraminer and lychees share the same odorant compounds). 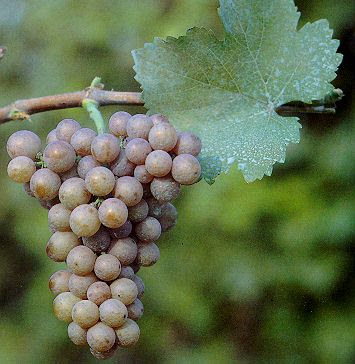 Dry Gewürztraminers may also have aromas of roses, passion fruit and floral notes. 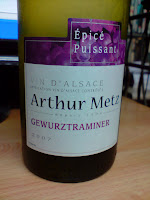 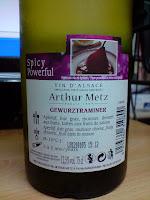 Gewürztraminer grapes prefer cooler climates. It is without question some of the greatest bottles of Gewurztraminer were crafted in Alsace (the second most northerly appellation in France.)