Hong Kong - Economy is Back On Track

On the contrary, Hong Kong’s economy rebounded in the second quarter, benefiting from the faster growth of the Mainland economy and the waning of recessionary forces in the advanced economies. 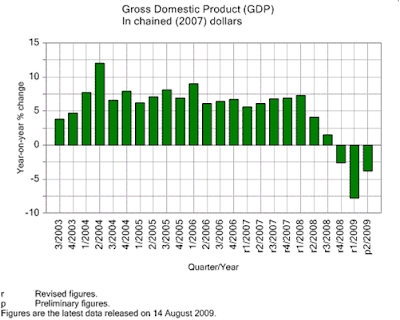 Following a sharp year-on-year contraction of 7.8% in the first quarter of 2009, real GDP registered a smaller decline of 3.8% in the second quarter.

On a seasonally adjusted quarter-to-quarter comparison, the economy resumed growth at 3.3% in the second quarter, ending the contraction in the previous four quarters.