The two gods were popularly patronized by scholars and students seeking progress in their study or ranking in the civil examinations in the Ming and Qing dynasties. 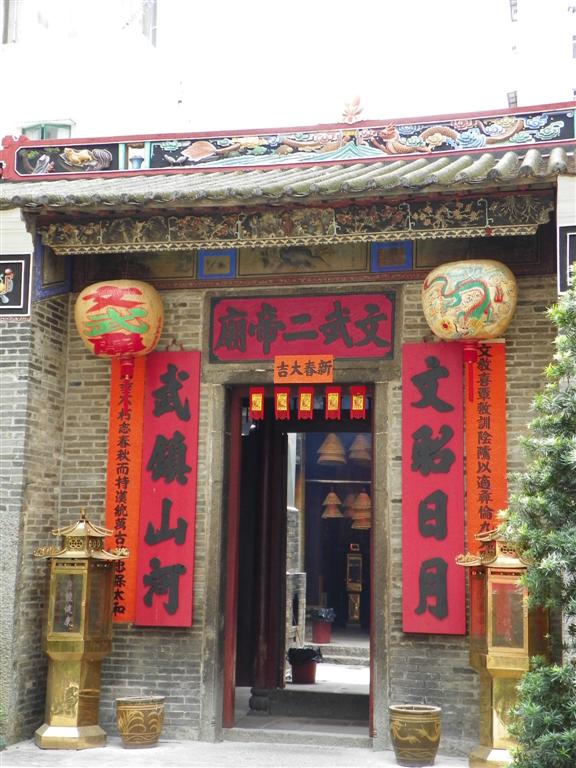 To mark the founding of Tai Wo Shi (太和市), now commonly known as Tai Po Market, the Man Mo Temple located in Fu Shin Street, Tai Po, was built about 100 years ago. 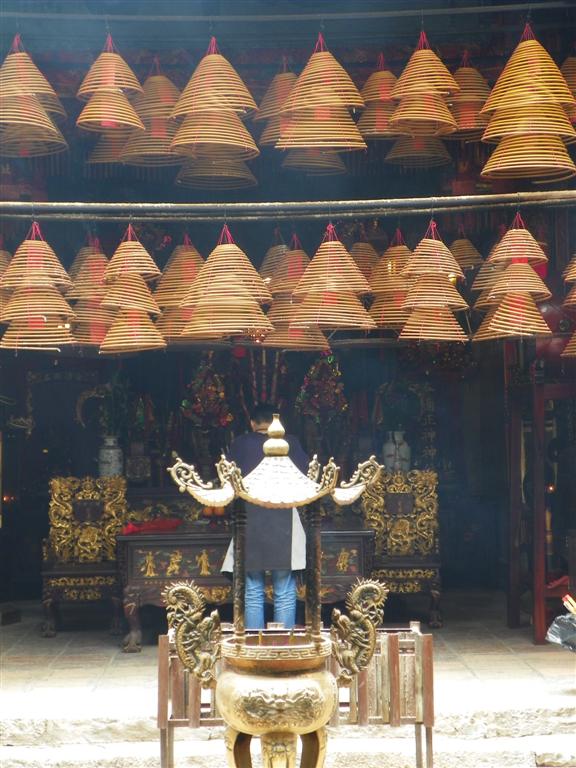 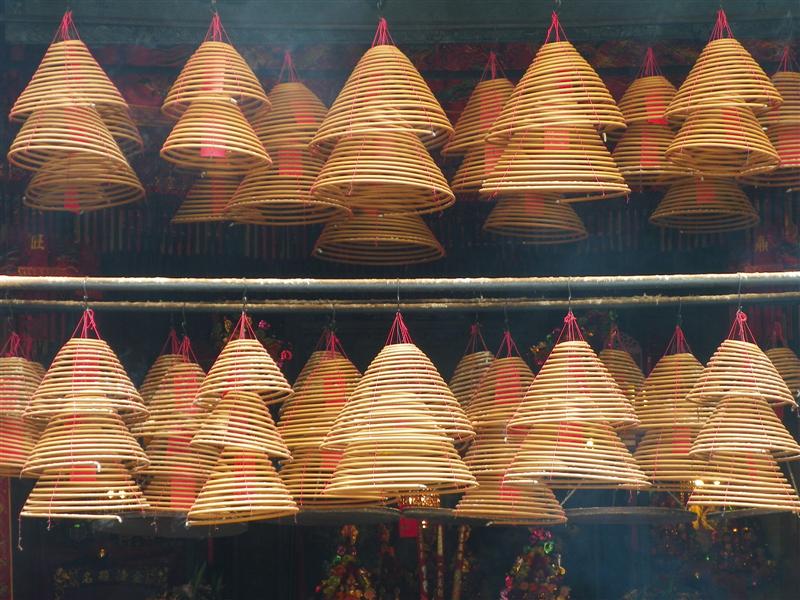 Incense (Latin: incendere, "to burn") is composed of aromatic biotic materials, which release fragrant smoke when burned, and it is used in religious ceremonies, ritual purification, aromatherapy, meditation, for creating a mood, masking bad odours, and in medicine. The use of incense may have originated in Ancient Egypt, where the gums and resins of aromatic trees were imported from the Arabian and Somali coasts to be used in religious ceremonies. 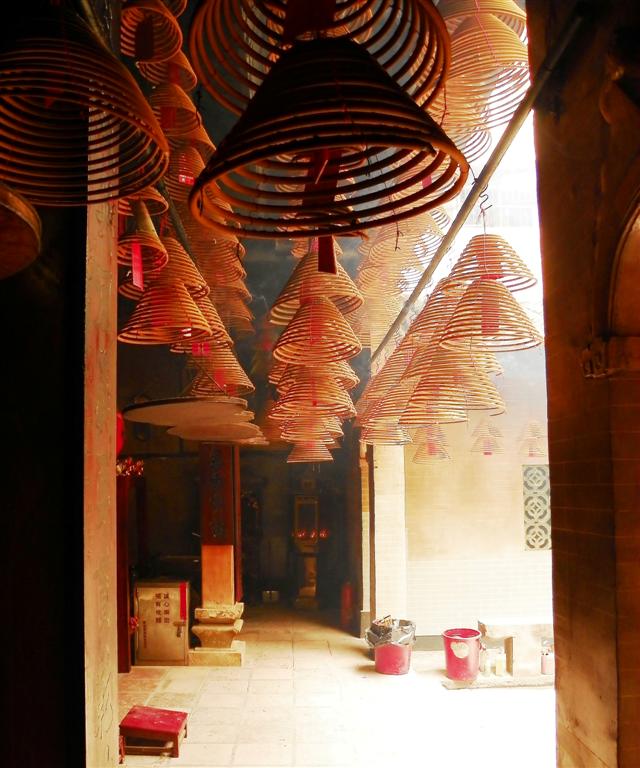 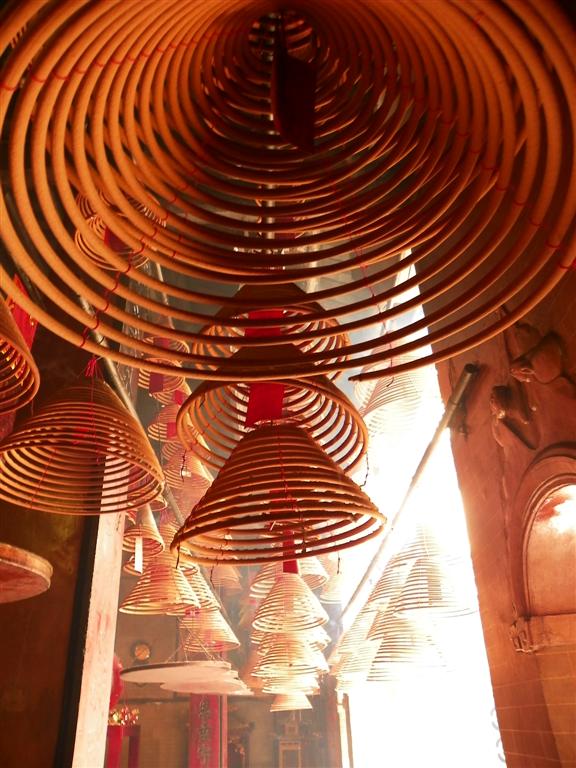 The Man Mo Temple at Tai Po has been listed as a declared monument of Hong Kong. 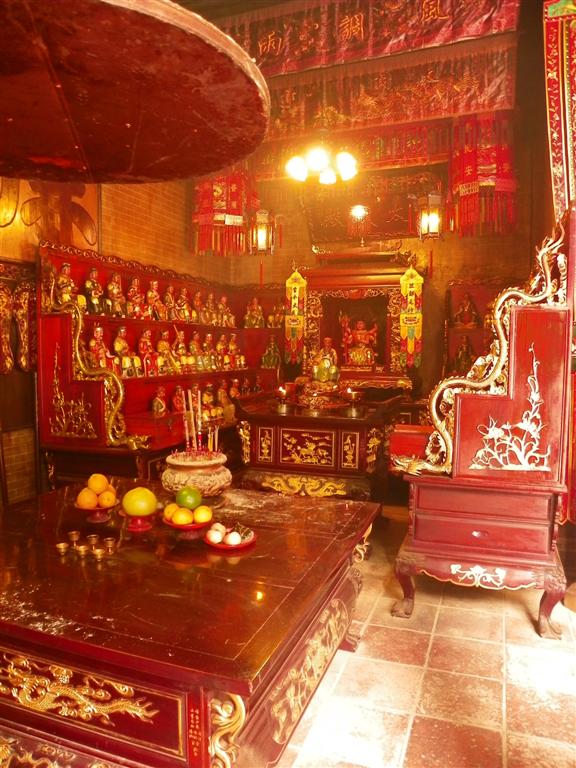