Originally known as Walker's Kilmarnock Whisky, the Johnnie Walker brand is a legacy left by John "Johnnie" Walker after he started to sell whisky in his grocer's shop in Ayrshire, Scotland at the age of fourteen in 1819.

Prior to 1860, it was illegal to sell blended whisky. During that time John Walker sold a number of whiskies - notably his own Walker's Kilmarnock, which was surely a single or blended malt. 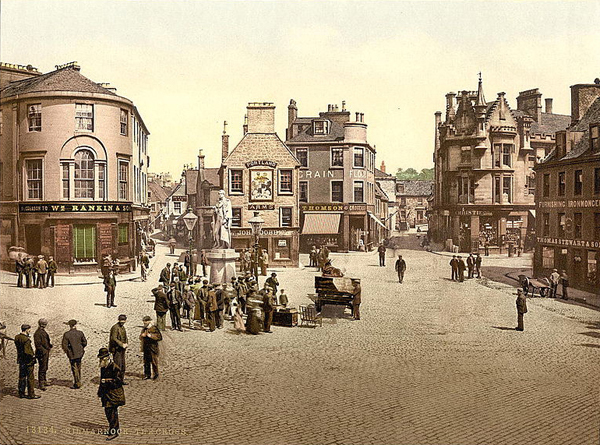 Having less stocking space and less broken bottles, the squared bottles, together with the slanted Johnnie Walker label that is inclined 24 degrees, was introduced in 1860, and remains an icon of the mark. 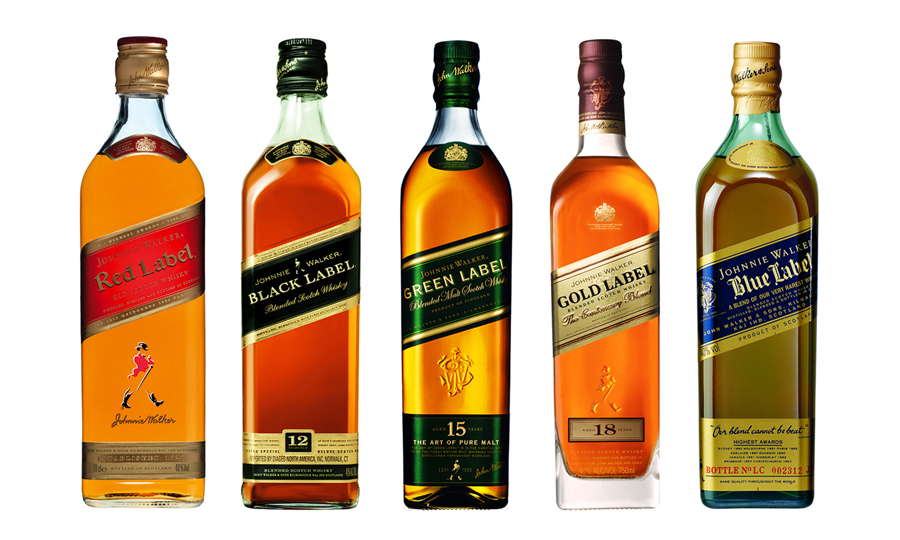 Nowadays, Johnnie Walker is the most widely distributed brand of blended Scotch whisky and is sold in almost every country with yearly sales of over 130 million bottles worldwide.